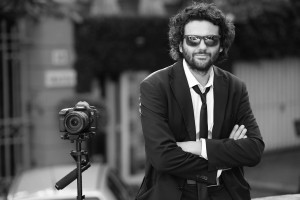 Claudio Carlitti was born in Rome in 1978. For the past 18 years, he has been mastering video shooting and editing. After a short training period, he has worked as a videographer for “Rete Oro”( a Roman television broadcaster). After that, he moved to Mediaset, and thus became part of a production team for Videotime S.p.a. such as “Matrix”, “Tg5” by Enrico Mentana, “Liberi” by Irene Pivetti and “L’incudine” by Claudio Martelli. Nowadays, he works as a freelancer who operates in many sectors: music, theatre, art, kitchen, sport, medicine. Also, he takes care of many events, congresses, press conferences, and is currently making corporate videos and ceremonies.